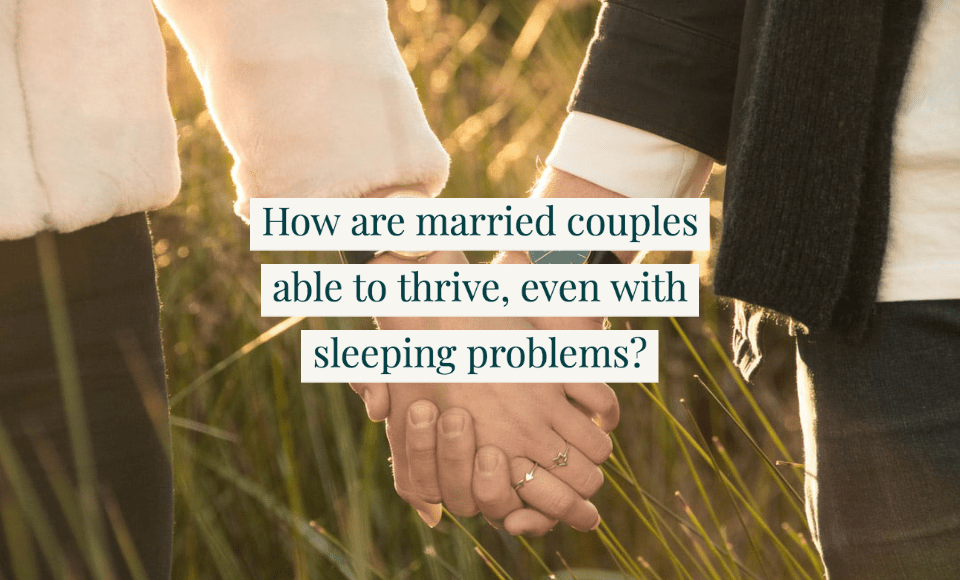 You should know about problems with a married couple sleeping together. The problem of co-sleeping in the first place should be considered from the point of view of psychology. Many experts in psychology are inclined to believe that the spouse is better to sleep on beds or under separate blankets. Most domestic and initial conflicts occur, usually due to a dispute about the temperature in the room, the location of the bed, how to lay, one who pulls the blanket, whether or not to let the children and pets on the bed. Recently, a lot of debate has occurred among psychologists, that a woman while sleeping in the same bed affects the male brain and that is bad for his memory and attention. Some psychologists believe that separate beds allow for uninterrupted sleep for eight hours. To date, as determined by scientists, about 8% of couples in their 50s sleep separately.

Lack of sleep or poor sleep only provokes physical ailments and diseases. For the couples, who sleep in the same bed, a 50% increase in nervous disorders and sleep problems are noted than those who sleep separately. When the problem is due to lack of sleep or snoring in the bed together, it poses a threat to health, and it is better to sleep separately. But still, the joint bed leads to psychological comfort for better relationships and marriage. The problem, which is most common, is, of course, snoring. Snoring is not just an annoyance to other people, but also creates health problems for most people. It significantly increases the risk of hypertension and atherosclerosis, lowering of libido. Snoring violates breathing during sleep, it is very dangerous, and there is a danger of asphyxia, which also leaves a bad impact on the couple’s sexual life. Underlying causes of this are age, the weakening of the throat, problems with the nose and enlarged adenoids, obesity, alcohol abuse, smoking, and bad posture.

Those who snore need to lose weight to reduce the fat layer on the back of the throat. You need to irrigate the nasal passages, making inhalation possible. Do not drink alcohol before going to bed. Do wet cleaning in the room, dry air irritates the mucous membranes and causes snoring. Reduce the load on the neck or spine due to orthopedic mattresses and pillows. Women snore less and it is less powerful. As a child, almost one in five children has a problem with snoring or wheezing, which may be the cause of stress or depression. If a couple is sleeping in the same bed, the important factor is psychology’s pose, position during sleep. The appearance in the bed should lead to a suitable and comfortable position in bed; this is the best option for a couple. It has been proven that posture during sleep is important for the relationship of the couple. If the couple is sleeping face to face, the pose is very inconvenient but symbolizes the emotional proximity. Hugs from behind stand for the degree of intimacy and for the degree of leadership in the pair. The situation of sleeping back to back is characterized by a couple with experience, which is increasingly losing interest in each other. Another important problem that needs to be taken into account is that when one of a married couple is “lark”, and the second is the “owl.” Then you need to find a compromise and learn to try not to wake each other. The problems with a married couple sleeping together should be taken seriously.