From Easter to Independence Day, Labor Day, Christmas Day, and Thanksgiving, many popular holidays in America bear massive significance to many people and sectors. Being a peculiar nation as it is, it’s also home to some of the weirdest and random celebrations in the world. While work, businesses, and schools are not stopped on these weird occasions, they have been created to remember specific ideals, people, events, and so many other things. So, read as we’ve listed the unusual American holidays that will surely blow your mind! An unofficial holiday that began in 2001, Squirrel Appreciation Day is celebrated every January 21st. It’s observed to encourage everyone to show these adorable rodents some love by leaving them seeds and nuts for them to splurge on. There’s no need for people to get close, as they have incredibly sharp claws and may carry some diseases and parasites. Leaving them a source of food and watching them from a distance are ways often enough to appreciate these cute animals. Also celebrated on January 21st, but certainly not combined with Squirrel Appreciation Day, National Hugging Day is celebrated by offering hugs to loved ones, family members, friends, even strangers, or simply nearly everyone! It highlights the value of embracing others to convey emotions of love, care, and gratitude and spread the spirit of cooperation.

Started in Michigan in 1986, the holiday, which the U.S. Copyright Office officially recognizes though not a public holiday, falls between Christmas and Valentine’s Day. Barbershop Quartet Day is celebrated every April 11th to remember the heyday of barbershop music and the movement established by the ‘Barbershop Harmony Society.’ during the early 20th popularity. The holiday traces its roots deeply from  African-American history when men from the South in the 1880s sang together in barbershops for entertainment as they waited for their haircut.

First observed on April 11, 1938, Barbershop Quartet Day has already existed for decades. It’s a fun musical day featuring performances from groups of four singers, all-female or all-male, singing in harmony, without any accompanying music. People celebrate by listening to barbershop music, attending local shows, or starting a quarter themselves. Two months after Valentine’s Day, some Americans have another reason to buy flowers and chocolates, but this time giving them to their former life partners. Celebrated every April 14th, the National Ex-Spouse Day aims to motivate former couples to embrace forgiveness, forgo any bitterness or anger, move on and establish an amicable relationship, which only a few former partners do after they got divorced. Of course, this holiday is applicable to those who have at least a decent relationship. Depending on the situation, keeping the holiday “unobserved” may just be the best option. The United States has another day when it celebrates liberation. May 8 is designated as No Socks Day, a chance to free the feet from socks, let them breathe, and have some fresh air. Created by Wellcat Holidays’ Thomas and Ruth Roy, the two said there are other benefits to joining the occasion aside from feeling “free,” such as getting less laundry, and therefore, helping save the environment. But what if socks are lost in the process? There’s the Lost Sock Memorial Day, happening just right the next day, 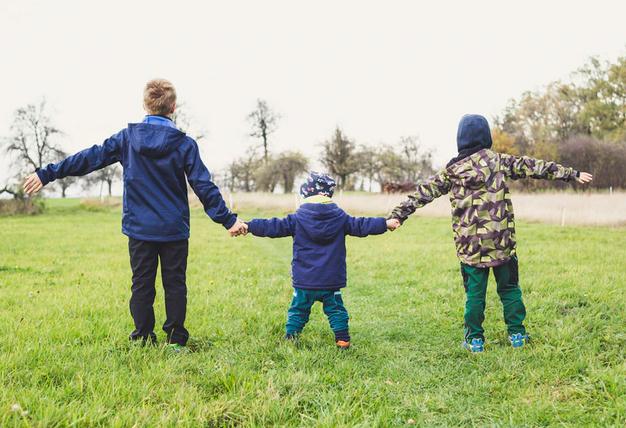 Being a middle child has long had a bad rap. With that, every August 12th is dedicated to honoring the in-between children in the family. Often, the youngest one gets babied by the family, while the family serves as the role-player and the leader. Thus, leaving the middle child in the tragic plight of getting less attention and protection compared to the other siblings. Middle Child’s Day, which started in 1986, is a well-deserved day for those children and a reminder for all that each child is as important and precious. Observed every February 2nd, people gather at Gobbler’s Knob situated in Punxsutawney, Pennsylvania to await a special creatures’ prognostication. Traditionally, on this day, the groundhog emerges from his burrow after a long nap for a much-needed break during winter. If he catches his shadow on this day, it will go back to its den and the winter won’t end until another six weeks. If the rodent doesn’t see his shadow and he stays outside to play, people rejoice as it signals that spring is about to arrive.

First held in 1887, the weather lore originated from the German settlers who arrived in the state. Though the tradition stays popular nowadays, studies show no link between the groundhog viewing his shadow and springtime’s arrival time. The holiday got a boost of fame, after the 1993 Bill Murray and Andie MacDowell flick of the same name. Fruitcakes are plentiful during the Christmas season, where they are present nearly at every party. Despite such, not many are really fond of eating the dessert. Fruits taste great. Cakes are delectable. Combining them, however, turns out to be an outright disaster for some.

So, what to do with the ignored and untouched fruitcakes? Some still eat them, others re-gift them. But the “fruitful” answer is tossing them during National Fruitcake Toss Day, celebrated every January 3rd.

In its place of origin, Manitou Springs, Colorado, people use a catapult o a cannon in the National Fruitcake Toss Day competition and see who can hurl their fruitcake the farthest – a fun way to get rid of the fruitcake who got the privilege not to be eaten. As this holiday name implies, Talk Like Shakespeare Day means talking like arguably the most prolific writer in English history himself! Observed every April 23rd, the same date traditionally considered as his date of birth and his date of death, people can be seen roaming around reciting renowned lines and sonnets from the literary genius. Others honor his writing prowess by adding ‘est’ to each word. Some even embody the characters in his most celebrated plays and spend the entire day talking like them. Capping this list is a holiday celebrated the same day as Valentine’s Day because it entails giving someone your heart, literally your heart to someone. National Donor Day aims to bring awareness to the value of organ, eye, tissue, blood, platelets, and marrow donation and the innumerable lives it saves. Started in 1998, many health groups and organizations use this day to gather donor sign-ups.

The United States indeed has a trove of some of the weirdest yet fun holidays around the world. Each of which has its own value and purpose, celebrating or giving honor to the people, cause, event, and things behind them. To make it more interesting, experience them firsthand and relish all the fun these holidays bring!